In this and the next episode we will focus on one of the most numerous and diverse groups of jewelry stones, namely quartz. They could simply be divided into crystals and quartz materials.

The quartz has a good hardness of 7, so it can be safely used in rings where the stones are most stressed, well tolerated by tinning and have no problem of long soaking in water. (They are therefore bathing stones). If you have customers who are not accustomed to taking off their jewelry and rushing with them in the sea, quartz is the ideal choice. The question is what will it do with silver or tin, but the stone will survive unscathed

. The only exceptions to bathing or sweat are colored agate slices, which like to let go of color (especially the pink ones are terrible, if you use them, always underlay them!)

The most typical representative of all quartz is Crystal . Crystal is a clear variety of quartz. It is also the most popular of all because it is considered to be a truly universal stone. One of the reasons for its versatility is the fact that everyone knows its name. From the crystal that was widely mined in Europe in the Alps, crockery and chandeliers were made, and these products can still be found in castles or churches, and in the wealthy Vatican. Water or wine from the Crystal Cup must definitely taste fantastic, unfortunately I have not tried it, like most households with young children we have glasses with Ikey at home. Thanks to the historical context, you can meet the outdated name of Mountain Crystal, which is actually a crystal from the mountain-Alps. The fact is that hardly any crystal comes from anywhere but rocks or mountains

Crystal crystals have incredibly many forms and it's all science to describe and recognize all types. However, I consider this to be irrelevant to the jewelery area.

An interesting variant of the crystal is the so-called Herkimers or Marmara diamonds, which are tiny extra shimmering and clear, chubby crystals with carbon content, often blended into cute shapes. They are mined in black carbon shales. They're fantastic in jewelry. (Herkimer is an American version by Herkimer, Marmaros is a Carpathian region in Romania) Also found in the Carpathian region of Slovakia! Today, a lot of people travel from Pakistan and Tanzania.

Silkworms
Because the crystal is transparent, the different inlays (or also called inclusions) are beautiful in it. You all surely know the wonderful sagenity- alias of the love of the hair, made up of golden rutile. Rutile is also found in the dark.

Other minerals such as cacoxenite (kacoxenite) can also be scattered in quartz. 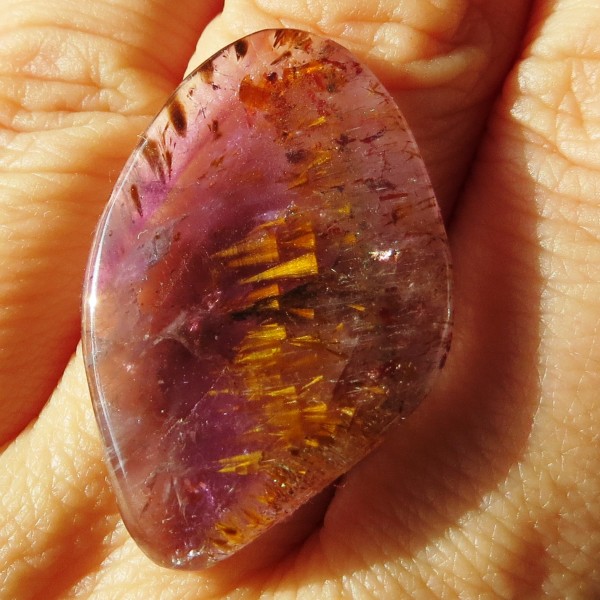 Various enclosures of mossy and muddy character on the edge of the crystals, creating fantasy landscapes, are summed up under the name of lodolith, and also in the dark.

In some quartz there are inside the crystal cavity filled with water and occasionally with a bubble that moves. Such stones are called vials.

Another example of quartz invertebrates is aventurines (avanturines), where flakes of mica, which glitter and create an avanturescent effect, are dispersed in quartz. Aventurines are green, old pink (strawberry quartz), yellow, brown and white, depending on the type of mica.

From Madagascar and Tanzania, white hazy crystals are imported with a blue tinge (yellow-brown vista) called Girasol . It is a mixture of crystal and opal. Similarly, an artificial opal glass looks like China, which is now sold under the name Sunburn.

Ametyst is one of the most well-known and also very trendy stones. It is a violet variety of quartz and different habitats produce different shades as usual. They range from clear to mauve to very dark at first sight black. Stones Found from transparent to opaque. The dark, clear, bright purple amethysts are considered to be the most valuable and are probably the most popular at the moment. Namibian amethysts are considered to be the most valuable today and are sold at very high prices at electronic auctions right after harvest. Nicely colored are Uruguayan amethysts and the most common and cheapest are bright amethysts from Brazil. Wall amethysts are also common, alternating layers of amethysts with white quartz, crystal, or brown.

amethyst crystals on a mat Kazakhstan

Amethysts and ametrines are also produced synthetically in laboratories, and will be encountered especially in large faceted stones in most goldsmiths. It is a problem to get a perfectly pure natural large amethyst suitable for facetting, while the violet color is in great demand. Beautiful Amethysts can be found in many places in the Czech Republic, see our articles and Bochovice. Amethyst is a stone that has been associated with spirituality forever, and has therefore been widely used by priests in their jewelry. Previously, it was a very luxurious and expensive stone (than it was found mammoth deposits in Brazil and the price has fallen). The name amethyst comes from Ancient Greek "not drinking wine" and hence the stone "virtuous" hence its popularity in ecclesiastical as well as alchemical circles. The color of purple has always been the color of magic.

In some of the cavities in Brazil, which have been naturally irradiated, there are "green amethysts" of the so-called Prasolites . 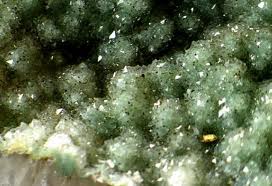 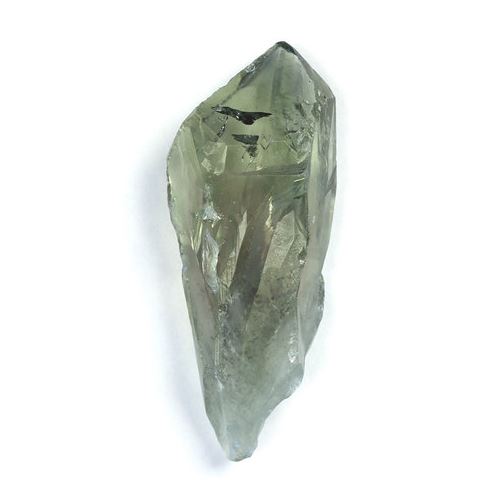 Citrine is a brownish-yellow quartz variety, its crystals are usually elongated, which is a good cognitive feature. Because citrine is quite rare in nature, you will usually find burnt amethyst in stores and wholesalers. Compared to natural citrine, the "baker" is more of a pantry, and usually has white, much hunched parts resembling the famous "snitch" beads, its price is relatively low. Whole amethyst poultry, especially Brazilian ones, are also burning, which are typical in that the crystals are such hedgehogs. The citrines we process ourselves come from the Congo, where the deposit is already thought to be mined, once abundantly found in the Urals, and now there were nice lighter and clean pieces in Madagascar.

citrine crystals (above Congo, down Russia)

versus burned and lemon quarz "/>

Lemon Quarz , (in my opinion somewhat poisonous yellow to yellow-green looking stone) has nothing to do with citrine, because it is artificially irradiated rose quartz, it also reveals a hazy tinge that citrines do not.

When nature drops out and certain precious conditions are met, Ametrin is created . Thus, a natural mix of amethyst and citrine. Ametrines are even rarer than citrines, and have recently been quite difficult to meet, especially with the rich, quality of Uruguay. Even Ametrines can be made in the lab and are also made in bulk. Like amethysts, they are mainly used for facetting.

The smoky quartz is visually very close to citrine, as the name suggests, is brown. Some of her colors are transient, often called citrine smoky, which has a pleasant yellow-brown color. The range of shades is very varied from brown to almost black, the so-called "morions." Romanian traders have been selling such smoky quartets lately. Brazil is the biggest producer of sweets today, but the smoky qualities that we specifically process, most often come from Ukraine from Volhynia, and are extremely beautiful. There are also beautiful smoky quartz in Moravia!

Rose quartz is a stone synonym of tenderness. As the name suggests, it has a pink milky / more or less translucent color. Mostly it is in the form of a massif, and until recently it was believed that it did not form crystals at all. However, it is not so, sometimes, although rarely, some crystal forms even rose quartz. There are beautiful rose quartzites in the Czech Republic, for example in Dolní Bory, and the world's pinkest stones are currently from Madagascar. (I have the impression that there is generally the nicest place to go from there!) Typically, it has to contain white haze, at least gentle, otherwise it cannot be pink in color.

The first-mentioned strawberry quartz is the old pink equivalent of aventurin (see above).

Also, under this name you can meet glass boulders and drilledfractions produced in China, this imitation is still sold under the name pink obsidian. But what it calls who wants it, the fact is that it's just nice glass.

Cherry Quarz comes from Tanzania, and it is another variant of pink aventurin, where tiny red iron oxide platelets are dispersed in the cavities in the crystals.

Raspberry quartz is native to Madagascar, is slightly translucent and has a very saturated cold pink color, much richer than the finest rose quartz see the comparative photo. It is probably another type of rose quartz, according to the quarry, apparently with the addition of opal.